Black History Month started in 1915, as historian Carter G. Woodson and minister Jesse E. Moorland founded the Association for the Study of Negro Life and History, an organization researching and promoting the achievements of Black Americans. The group sponsored a National History week in 1926, choosing the second week of February to coincide with Abraham Lincoln’s and Frederick Douglass’s birthdays. President Gerald Ford officially recognized Black History Month in 1976. Each month has a new theme, and you can find information at the renamed Association for the Study of African American Life and History. In 2022, the theme is Black Health and Wellness.

Help your kids understand the importance of Black History Month with these websites, books, videos and podcasts.

Walk through the important role and contributions African Americans have played with PBS KIDS. Find an informational video on the month-long holiday on YouTube. Find more resources at PBS’s website.

“Code Switch” is a podcast from NPR that explores how race affects every part of society, including conversations on books, TV, beauty standards, music and more. They also have a curated playlist on Spotify for kids for a great jumping-off point.

Listen to “Hey Black Child,” a podcast from kids Avery and Jackson where they discuss Black History and the historical events and things your kids might not learn in school.

“Stuff You Missed in History Class” is a podcast from iHeartRadio. Episodes include discussions on Bacon’s Rebellion, Phillis Wheatley, Frederick Douglass, Harriet Tubman, The Massachusetts 54th and more.

“The Past and The Curious” is a history podcast for kids; episodes featuring Black History include stories of Stagecoach Mary, Robert Smalls, Muhammad Ali and more.

Watch “The ABCs of Black History Month” from 88 Brains on YouTube for a kid-friendly look at history with graphics, music and narration. 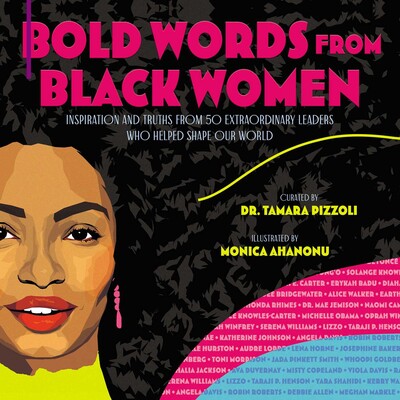 “Bold Words from Black Women: Inspiration and Truths from 50 Extraordinary Leaders Who Helped Shape Our World” is a collection of inspirational quotes from activists, artists and leaders, including Serena Williams, Angela Davis and more.

From 1936-1966, the “Green Book” was a travel guide for African Americans on the places safe for Black travelers. Adapted for younger readers, check out “Overground Railroad: The Green Book and the Roots of Black Travel in America” for a historic look at this publication.

Elijah Cummings was a politician and a civil rights champion. “The Faith of Elijah Cummings: The North Star of Equal Justice” follows his inspiring journey.

“She Persisted: Coretta Scott King” is a chapter book biography describing the amazing life of Coretta Scott King. Find other chapter and board books for all ages in this series, featuring Ruby Bridges, Marian Anderson and more.

The picture book “Ida B. Wells, Voice of Truth” chronicles the groundbreaking journalist and civil rights activist as told by her great-granddaughter Michelle Duster.

“Stitch by Stitch” follows Elizabeth Hobbs Keckley, a talented seamstress who was born a slave and bought freedom for herself and her son. holidayhouse.com

Learn about Jimi Hendrix, a legendary guitarist in “Song for Jimi.” Holiday House and Pixel+Ink also have a podcast called “The Guest Book,” where you can listen to children’s, middle-grade and YA book authors and illustrators share how stories are made, including a conversation with “Song for Jimi” creators.

“The Story of Rap” is a baby book introducing little ones to the rappers who started it all and gives an interactive look at the history of music.

“I Look Up To…Oprah Winfrey” highlights important traits of the impressive powerhouse, along with inspiring quotes. Other books in the I Look Up To…series includes Michelle Obama, Serena Williams and Misty Copeland. From the Little People, BIG DREAMS series, read about the life of “Martin Luther King Jr.,” accompanied by illustrations, facts and a biographical timeline. Other books in the series include Maya Angelou, Ella Fitzgerald, Harriet Tubman and more.

The lyrical “Flying High: The Story of Gymnastics Champion Simone Biles” details the life of Simone Biles, a gymnastics champion and Olympic superstar. Part of the Who Did It First series, you can also read about important scientists, artists, mathematicians and more with the other books.

“The Oldest Student: How Mary Walker Learned to Read” depicts Mary Walker, who was born into slavery in 1848, and her life spanned from the Civil War to the Civil Rights Movement. At 116, she learned to read.

Mae Jemison became the first African American woman to travel in space, and “Mae Among the Stars” will help readers believe they can also reach for the stars.

Janet Collins was the first African American principal dancer at the Metropolitan Opera House, pursuing her dreams at a time when racial segregation tried to prevent her from succeeding. Kids will love the inspiring story of never giving up in “Brave Ballerina: The Story of Janet Collins.”

In 2009, Philip Freelon’s team won a commission that let him use his personal history in service to the Smithsonian National Museum of African American History and Culture. Learn more about the life of this contemporary Black STEAM role model in “Dream Builder: The Story of Architect Philip Freelon.”

A little-known figure in history, Mary Fields became the first female African American stagecoach driver in 1895, traveling the badlands with her pet eagle and protecting mail from outlaws and wild animals. Kids will love the fascinating tale of a trail-blazing woman in “Fearless Mary: Mary Fields, American Stagecoach Driver.”

In “HBCU Proud,” during spring break, Q’s aunt takes him to tour an HBCU (Historically Black College and University), where he learns about the importance, legacy, people and culture of HBCUs. Fun fact: Author Manns is an alumna of Clark Atlanta University.

“A Ride to Remember: A Civil Rights Story” tells the true story of how a community came together to change segregated amusement parks. Co-author Sharon Langley was the first African American child to ride the carousel at Gwynn Oak Amusement Park, and older children will appreciate the photos, timeline and more at the back of the book.

Read about the father of Black History Month, Carter G. Woodson, in “Carter Reads the Newspaper.” As a child, he read the newspaper to his father every day to help him be an informed citizen. His interests lead him to traveling the world to research people and history. For ages 6-10.

Curious Alex has the opportunity to text with Martin Luther King Jr., Sojourner Truth and Aretha Franklin, and he learns about strong people who stand up for what they believe in this three-book “Texting with Black History” collection. Learn about more than 40 historical women and modern-day heroines who are pushing boundaries in “A Black Woman Did That!” With illustrations, biographies and storytelling, kids will be inspired to follow in these women’s footsteps to pursue their own dreams.

In “Schomburg: The Man Who Built a Library,” learn about Afro-Puerto Rican Arturo Schomburg, who collected books, letters, music and art from Africa and the African diaspora. His groundbreaking collection, the Schomburg Center for Research in Black Culture, has created an impact for scholars all over the world.

The fact-filled “A Child’s Introduction to African American History: The Experiences, People and Events That Shaped Our Country” discusses politics, activism, sports, entertainment and more. Readers will follow the slave trade, the Civil War, the Civil Rights Movement and more, along with learning about important trailblazers.

With “Changing the Equation: 50+ US Black Women in STEM,” be inspired by amazing Black women who have shattered the glass ceiling as computer scientists, doctors, inventors and physicists and become pioneers in their field. Readers will learn more about these women and the field of STEM. Books to Help with Baby: Read All About It Summer Reading Programs and More at Your Local Library Black History Is All Around Atlanta